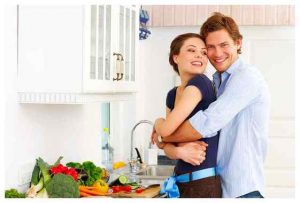 Question: Our son Jack is a freshman at the University of Chicago. He’s our only child and we are very proud of him. He seems to be adjusting well to college. In fact, so well that he already has a girlfriend! Unfortunately he just texted his dad and I that he plans to go to her house for Thanksgiving. We are so disappointed. Thanksgiving would have been our first chance to see him again since he left us this summer. I think we should tell him “no” but his dad says we can’t do that. What do you think?

Answer: Let’s start with the positives. Congratulations on successfully launching your son Jack. He’s doing great at school and seems to have acclimated.  Well done to you both as parents. Sounds like you two have likely generally been a good team in your patently decision making.  Our suspicion is you too likely share similar goals for him but the path there is different. You both likely want Jack to do well academically and socially. You both likely want him to spread him wings, but also stay connected to the family.

You two are empty nesters and this can be a time of ambivalent feelings. What’s important is that you two are in agreement on how to handle this situation and that you communicate that position clearly and consistently with your son. In order to do that, you’ll need to hash it out with each other first. Take turns as you talk. Listen to your husband with respect, curiosity, and compassion. Hear him out without interrupting. Listen for not just his opinions, but the experiences, values, and feeling that have formed them. Then ask him to do the same for you. And remember the most important thing is your long-term relationship with your son, even if that means possibly missing out on seeing him this Thanksgiving.

This article was originally published in the Laudable Life advice column in the Lakelands Leader’s November 2019 issue.