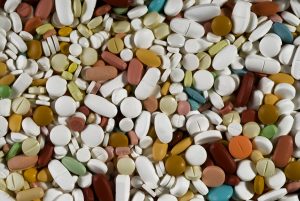 Question: After learning about the opioid epidemic in the news, I’m worried about my teen getting involved with prescription drugs. What are the potential risks and how can I prevent them?

Answer: Prescription drugs are the most commonly abused drugs by Americans over the age of 14, excluding alcohol and marijuana; and they account for over half of the drug overdoses in the United States each year. The most commonly abused medications are categorized into opioids, stimulants, and depressants. Opioids are used as painkillers, stimulants treat ADHD or narcolepsy, and depressants are prescribed for sleep and anxiety disorders. The consequences of each category of drug differ slightly, but each can be fatal. Opioid abuse can lead to vomiting, cognitive depreciation, coma, and even death. Depressants are risky because mixing them with alcohol or other drugs can slow breathing and heartbeat to deadly levels. Finally, stimulants can cause seizures, heart attacks, and paranoia.

There are misconceptions about prescription drugs, many teens believe that prescription drugs are much safer than illegal street drugs because they were prescribed by a doctor. In addition, many people believe that sharing drugs with friends and family is lawful, but they are actually illegal to distribute because these medications are controlled substances. Teenagers are most likely to use Adderall, an addictive stimulant, often to improve their focus when studying for tests.

To combat the use of prescription drugs by teenagers, education is key. By informing adolescents of the truths about prescription drugs, rather than focusing solely on street drugs, most teens will draw their own conclusions about the dangers. Adults also need to keep their medications secure, and closely monitor any prescriptions in the household, disposing of ones that are not of use. If a teen is abusing prescription drugs, medical care is immediately necessary, with therapy, rehab, and support groups also available as helpful options.