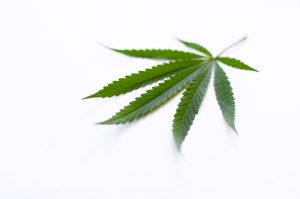 Question: Last week, I came from early from work to find my son smoking weed on the back porch of our house with two of his friends. This is the second time we have caught him in the past couple of months. He insists that marijuana is not chemically addictive and that he can quit whenever he wants, as he proclaims that he has done plenty of research on the topic. I am concerned that he is smoking weekly, if not daily. I know this cannot be good for him.

Answer: The normalization of marijuana has greatly increased its accessibility; therefore, if you are catching your child a lot, he or she is probably smoking a lot more than you realize. In her work with teens and young adults, Senior Young Adult and Adolescent Clinician Nicole Beane, LCSW-C has found that teenagers initially use marijuana in social pretexts and then realize that it helps a lot with either their anxiety or sleep. She has observed that marijuana use becomes a problem when teenagers use it to self-medicate.

Through her counseling experience, Nicole says that “Although their bodies may not become physically addicted to the drug, there is certainly a psychological dependence that I have seen.” Soon, many teenagers are using habitually, smoking when anxious or when bored. They become maladapted and cannot tolerate any negative or bad feelings without smoking. Smoking with that frequency causes dramatic decreases in motivation, leading them to eat more, to lie around more, and be unable to focus or do schoolwork.

If, as a parent, you suspect that your child is smoking pot, start by having a conversation with them about the psychological downfalls of smoking. You should also have a conversation with your teenager about marijuana use disorder. Though they may not realize it, let them know that some people go to rehab for marijuana overuse, most frequently teenagers and young adults. One way to see if your child is able to stop using would be to drug test them once a week. Put a consequence in place. Tell your teenager that they cannot use the car until the test comes up negative. If they have an incentive, such as driving, and cannot quit, then you know that there is a problem.