The Correlation Between Marijuana and Educational Outcomes in Teens

As teen marijuana use is on the rise, parents all over the country are worried about how their teens’ marijuana use could impact their education. The human brain continues to develop until the age of 25, and research suggests using marijuana can interfere with this development, affecting how connections are formed in the brain. Studies have shown a correlation between marijuana use and lower grades, lower graduation rates, and a potential lowering of IQ.

Teenagers are using marijuana at the highest rate in the past 30 years. Statistics from the National Institute on Drug Abuse show that roughly 1 in 7 teens have used marijuana in the past month. A study from the American Journal of Psychiatry found that teens’ brains are more vulnerable to marijuana use than alcohol. This study followed over 3800 teens who agreed to annually report their marijuana and alcohol use.
These teens took cognitive tests and, to get honest results, they were assured that their parents would not be notified of their behavior.

Using marijuana as a teenager can lead to issues with thinking and problem solving. There are correlations between adolescent marijuana use and educational outcomes. For example, according to the CDC, only 24% of US high school students with mostly A’s had used marijuana one or more times during their life-compared to 66% of students with mostly D’s and F’s. 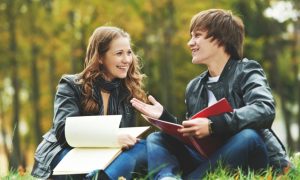 Indicating that  mariajuana use is much more common among failing students than straight A students. This could also have a spiral effect because a significant factor in marijuana use is peer pressure. Kids who are struggling in school may also struggle with their self-esteem due to low grades. These students with low self-esteem may be more easily influenced by their peers who use marijuana. They may also be more motivated to escape from their emotional inner world if they are unhappy about not excelling in school. In addition, teens with a D average were more than 4x as likely to have used marijuana in the past month than students who had an A average. Furthermore, teens who use marijuana daily are over 60% less likely to graduate high school than their peers. These statistics are consistent with studies that show that students who use marijuana tend to get lower grades and drop out of high school at higher rates. Another study found that teenagers who regularly use marijuana lose an average of 5.8 IQ points by adulthood.

The legalization of marijuana in various states has reduced people’s perception of the risks of marijuana use. This could lead to more teens using marijuana. For example, when marijuana was legalized in Washington state, a study found that young teens perceived it to be less harmful and reported using it more. A survey, from the University of Michigan’s Institute for Social Research, Monitoring the Future, was given to 8th graders, and less than half of them saw using marijuana regularly as a “great risk”. In 10th and 12th graders, only a third saw great risk in using marijuana regularly. Marijuana edibles also grew in popularity during the pandemic and are being put in brownies and other sweets, making it seem less dangerous to impressionable teenagers.

However, while these statistics show a correlation, it is hard to draw conclusions because of possible secondary factors. Are these students getting lower grades because of marijuana use or because of other factors like socioeconomic status? Might an unstable, traumatic, or neglectful home life explain both the poor school performance and the drug use? Co-occurring alcohol or other recreational drug use could also be a factor. As long as we can’t rule out these other factors, this issue could be more complicated than it seems. More research is needed.

In the meantime, parents are justified in their concerns about their teens’ recreational drug use as marijuana use is correlated to lower grades, lower graduation rates, and the potential to lower IQ.