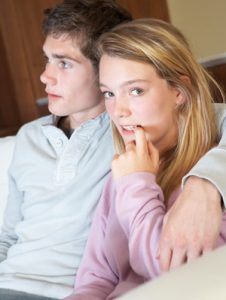 We’ve had a lot of questions about deception lately and how to tell when someone is being dishonest.  Here are a few strategies professionals use to tell fact from fiction.

First, let’s look at body language and facial expressions. When someone is lying they may shift their weight causing a rocking motion or pace. They may cross their arms in a defensive posture, or look confused or squint their eyes when asked an uncomfortable question. They may blush, blink more often, fake a smile, or flare their nostrils. Capillary dilation during deception can also cause the nose to become itchy, runny, or congested.

Looking solely at a person’s face and body is not sufficient to prove lying. Sociopaths, for example, may be so comfortable with deception that they show few signs of discomfort when they lie.

A second tell is repetition of the question. This can be to stall for time, or to try to figure out what exactly you’re asking and assess how much you already know.

A third sign is attempts to shut down the discussion by changing the subject, or putting you on the defensive (by becoming belligerent and/or aggressive).

Keep in mind none of these signs are foolproof. If you recognize one of them keep an eye out for a pattern of additional “tells.”

A fourth sign to look for is inconsistency such as changes in details when retelling a story. Although there are several explanations for why someone may change their story, lying could be one of them. When asked to tell the story in reverse time sequence, liars often struggle to complete the task.

The fifth behavior to look for is difficulty speaking. Because people are often nervous when they lie, changes in inflection, pauses, or stuttering may be signs of deception. Finally, trust your gut. Studies indicate that people are actually fairly good at intuiting dishonesty.