The teenage years are marked by emotional turmoil, so it can be difficult to determine whether your teen is experiencing a mental health disorder, or just the normal ups and downs of adolescence. Here, we will go over signs that something more serious is happening that requires teen counseling, and the most common mental health disorders that teens develop.

How Do You Know Something Is Wrong? 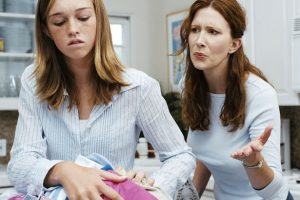 While it is normal for your teenager to exhibit bad moods and angst, it is not normal if it lasts longer than a few days. Additionally, it is normal for your teen to withdraw from you as they learn to gain greater independence, but if they are isolating themselves socially from their peers, it warrants some concern. Any sort of drastic change in appetite or weight should always be addressed. If there is a sudden decline is the academic performance of your teen, that may indicate that there is a need for teen counseling. Finally, if you find your teen is always angry, irritable, or depressed, you may need a professional to intervene.

The four most common mental health disorders in teens are:

Depression is the most common mental health disorder among teens. Depression in teens is more likely to manifest as irritability and hostility than it is in adults. Other signs of depression include difficulty concentrating, feelings of worthlessness, fatigue, and preoccupation with death.

Eating disorders, including bulimia, anorexia, and body dysmorphia, are very common among teens. Eating disorders are very serious, and could be life-threatening. Signs of an eating disorder include extreme weight loss, low self-esteem, fear of gaining weight, and a frail appearance.

ADHD affects roughly 9% of American teens, and can make it very difficult to succeed academically. Symptoms include inability to concentrate, short attention span, impulsiveness, and disorganization.
At Kentlands Psychotherapy, we offer teen counseling. We can help your teen with any of the above disorders, or any other concerns. Contact us today.