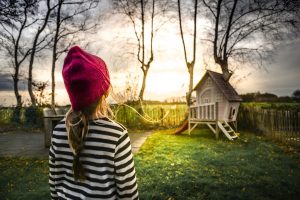 What is Oppositional Defiance Disorder (ODD)?

An ODD is a complex and serious disorder that is diagnosed in about 10% of children seen by a mental health professional. Kids with this disorder are typically argumentative, irritable, angry, and (occasionally) vindictive to an extent not seen in the average rebellious child, and the behavior is seen for at least six months in one or more settings.

What is “Attachment Style”?

An attachment style is how a child learns to communicate and bond with their primary caregiver(s). There are currently four distinct attachment styles seen in children: Secure, Anxious, Avoidant, and Disorganized.

Why Does Attachment Style Matter?

However, when it comes to something like Oppositional Defiance Disorder, the first three attachment styles can (for the most part) be pushed aside. ODD is most likely to develop in a child with a disorganized attachment style.

What is a Disorganized Attachment Style, and How Does it Develop?

A disorganized attachment style is exactly what it sounds like; the child does not know how to communicate with their caregiver(s), so they do not behave in a consistent way. More often than not, this style of attachment develops because the caregivers are a source of fear and/or distress for the child.

How Does a Disorganized Attachment Style Correlate to Oppositional Defiance Disorder?

To deal with the conflicting feelings that develop in an unstable environment, many children will try to detach themselves from what matters to them. Often saying things like “I don’t care.”, “It doesn’t matter.”, “Nothing matters anyway.”, when asked how they feel about nearly anything. These acts of nonchalance are commonly mistaken as an effort to “look cool”, when actually the child is masking a constant state of high-alert that they are afraid of showing.

If this feeling of high-alert, and portrayal of cold indifference toward the world continues without being addressed long enough in a child with a disorganized attachment, they can begin to lash out. They are craving attention, connection, and belonging. To them, it may seem like the only way to both satisfy these cravings, and release the emotions they’ve been stifling, is to do something “bad”. Something like: 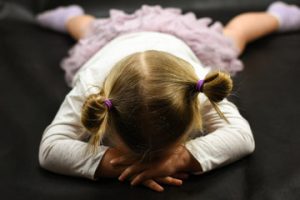 My toddler seems to fit all the criteria for ODD, should I be worried?

Temper tantrums and other non-cooperative behaviors can be normal at 2 or 3 years old. So your doctor will probably wait until your child is at least 4 to diagnose Oppositional Defiance Disorder. If at that point the behaviors are continuing as your child gets older, and are more extreme than what is age-appropriate, a diagnosis may be appropriate.

Where Do We Go From Here?